How to Build on Your Organization’s Strengths

(This article by Dori Meinert was published in HR MAGAZINE,  a publication issued by the Society for Human Resource Management, on March 23, 2018.) 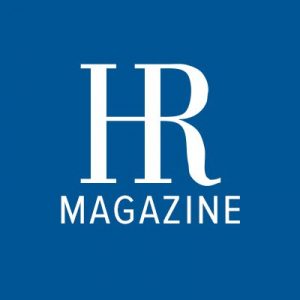 Another year, another strategic plan. There it sits on the bookshelf for all to see.  But are you getting the results you desire? If you want your company to be more innovative, it may be time for a different approach. Instead of focusing on what’s wrong with your organization and your people, try zeroing in on what’s right.

“Appreciative inquiry is a process for leadership development, organizational development, strategic planning or strategic change that focuses on the positive,” says James Ludema, co-founder and director of the Center for Values-Driven Leadership and a professor of global leadership at Benedictine University, in Lisle, Ill.

The method leverages an organization’s strengths and capabilities to create a higher-performing future, says Ludema, who is a co-author of The Appreciative Inquiry Summit: A Practitioner’s Guide for Leading Large-Scale Change (Berrett-Koehler Publishers, 2003).  In contrast, the traditional approach to organizational development and strategic planning is geared toward addressing the weaknesses and deficiencies of an organization—which limits the possible solutions.  “Often when we focus on what’s broken or what’s wrong, we already have an implicit image in our mind about what good is, or what right is, or what’s even possible,” Ludema says. “So, focusing on the deficits … doesn’t allow us to unleash new ideas.”

Appreciative inquiry, on the other hand, sparks generative thinking.

“When we focus on when we’ve been at our best, we see things that normally get glossed over in the day-to-day busyness and press of the workplace,” Ludema says. “When we’re in problem-solving mode, we don’t see those things. … And so they don’t get included in the equation when we’re talking about how to move forward.” A growing body of research shows that employees who experience positive feelings at work are more creative, productive and engaged in their jobs than those who home in on the negative. But appreciative inquiry is more than a feel-good moment.

The approach was developed in the late 1980s by a group of graduate students, including David Cooperrider, now a professor at the Weatherhead School of Management at Case Western Reserve University in Cleveland, and has been used by various organizations, including the American Red Cross, John Deere, McDonald’s and the U.S. Navy. The central event is a large-group “summit” that takes place over several days and includes employees from all over the company. Some businesses invite customers and vendors as well. By bringing people together at every level, from the shop floor to CEO, leaders get a more complete picture of the company. “Each person from the organization has a unique piece of the puzzle, and it’s not until you bring them together and try to fit them all together into a coherent whole that you really get your best results,” says Ludema, who also does consulting work.

The summits have four phases during which participants are asked to address a range of questions:

Discovery. What are the organization’s strengths? What attracted you initially to the company? Can you describe a time when you felt proud of what you were doing? What allowed that moment to occur? What do you value most about the employer that you want to preserve?

Dream. What are the possibilities? What is changing? What’s the best future you can imagine?

Design. How can you make these ideas happen?

Destiny. How do you implement and sustain the change?

In addition to generating ideas, the summit discussions build relationships and trust among employees and encourage teamwork.  “Once you have that kind of cohesiveness, that team effort, you produce better results,” Ludema says. Research has shown that the highest-performing teams are those in which all of the members are working to understand and help each other, he notes.  The appreciative inquiry summit is also a great way to identify those with leadership potential. When a lower-level employee makes noticeable contributions to the discussions or a planning meeting, more-senior participants may decide to provide her with more opportunities for professional growth, Ludema says.

John Heiser, president and chief operating officer of Magnetrol International Inc., based in Aurora, Ill., first used appreciative inquiry three years ago to determine the best way to expand the manufacturing business globally. He found it to be so valuable that the company has used the process on several more occasions. “If we start with the premise that maybe we don’t have all the answers at the executive level, if we can embrace that, it’s amazing what comes out,” Heiser says. For example, an idea that arose in one summit has evolved from a sketch on a flip chart into a prototype of a new product. Sometimes the process can take an unexpected turn. In a summit focused on innovation, for example, Heiser was surprised to hear more ideas for improving internal communications than products. The discussion prompted changes in overly rigid, complicated time-off and tardiness policies for hourly workers. Some of the procedures had been in place so long that no one knew why they were implemented in the first place, says Kim Shaffer, HR director and general counsel. She’s training supervisors to approach situations with flexibility as a demonstration of trust. “You have to be open to what you hear” in the summit, Shaffer advises. “You don’t know what you’re going to get. But that’s part of the beauty of it because they’re thinking of things that you wouldn’t have necessarily thought of.”  Shaffer and her HR team worked with Heiser to plan and facilitate the summit, and Heiser sees HR having an even more critical role in the implementation phase.  The appreciative inquiry process is becoming ingrained in the company’s culture and in how employees approach problem-solving, he says. It’s not only a method for aligning the organization—up, down and across. It motivates, inspires and engages employees. “I think they do see that we value what they say,” he says.

The approach also works well for strategic planning. Jacqueline Stavros, a management professor at Lawrence Technological University in Southfield, Mich., who also does consulting work, leverages appreciative inquiry to help companies through that process. Traditionally, company leaders have used a SWOT (strengths, weaknesses, opportunities and threats) analysis. Stavros developed an alternative she calls SOAR (strengths, opportunities, aspirations and results).  “SOAR leverages the strengths and opportunities and is very action-oriented, where SWOT is very analysis-oriented,” she says. “SOAR is very possibility-focused: ‘What could be?’ You’re having a conversation with people, so there are innovations and breakthroughs. And there’s engagement at all levels.”  Stavros is a co-author of The Thin Book of SOAR: Building Strengths-Based Strategy (Thin Book Publishing, 2009) and Conversations Worth Having: Using Appreciative Inquiry to Fuel Productive and Meaningful Engagement (Berrett-Koehler Publishers, May 2018).

Although some leaders might be reluctant to invite their employees to participate in planning the organization’s future, often everyone comes away feeling energized, inspired and more knowledgeable about the organization, Ludema notes. “What the senior leaders discover is that the employees want exactly the same thing that they do,” he says. “Everybody in that organization wants to beat the competition, wants to be at the forefront of the industry and wants to have meaning in their work. That’s what leaders want as well.”

-Dori Meinert is senior writer/editor at HR Magazine, a publication of the Society for Human Resource Management.