How MBA Students are Using Artificial Intelligence to Land Jobs

(Editor’s Note:  The Mays Business School Career Management Center offers both VMock and 12Twenty resources- services mentioned in the article below- to students in the MBA and MS programs!)

Robots could wipe out many jobs, but MBA students are using technology to land them. 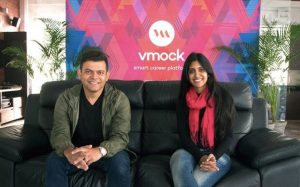 An example of such a tool is VMock—founded in 2009 by alumni from Kellogg and Chicago Booth—which uses machine learning and predictive data analytics to provide students with feedback on their resumes.  The AI compares students’ CVs with those used by people who successfully landed jobs. The CVs are given a percentile score for their effectiveness, then suggestions for improvements are made, such as correcting spelling and grammar. Christian Dummett, executive director of London Business School’s Career Center, says the tool improves the quality of students’ CVs. It also frees up time for the careers team to focus on helping students tailor their job pitches. Crafting a story to complement a CV, for example, “brings it to life” and has “a big part to play” in helping students secure jobs, he says.

Another tool is 12Twenty. It provides students with data on companies’ salaries and interview processes, potentially helping them to be more effective pay negotiators. The tool also helps careers teams track MBA hiring activity—data that current students use for targeted networking.  Henley Business School uses VMock and 12Twenty. “Both help students become savvy about the types of skills needed in the workplaces they are looking to join,” says Naeema Pasha, director of Henley Careers.

Schools are also introducing training to get MBA students comfortable with technology that is increasingly being used by corporate recruiters, such as video interviews and virtual reality.  Investment bank Goldman Sachs, for instance, abolished campus interviews in 2016 and introduced video instead. It uses the HireVue pre-recorded interview program in the first round of its application. Successful candidates still go to a Goldman office for a final round of interviews. The technology has enabled the bank to interview thousands more candidates from many more schools than before, as it seeks to broaden its intake beyond the Ivy League.

Given these seemingly successful results, Naeema believes some aspects of careers advising could be done by machines. “Careers advisors will no longer be knowledge gateways, employed only for specialist industry knowledge, as that data will be even more accessible through AI,” she says.  However, AI has not yet replicated the networking support, interview training, and skills teaching that careers teams provide.

In some ways, technology is making human advisers invaluable. As it changes the way we work, teaching students how to manage a career amid uncertainty will become increasingly important, says Naeema. “Students need to develop resilience and uniquely human skills like emotional intelligence.”

Christian at LBS does not see robots displacing human careers teams, either. “What code would stay relevant, think ahead to the careers of tomorrow, and create the personal connection that drives an individual to explore a different path?” he says.

This article written by Seb Murray appeared in Business Because on 4 April 2019.