What the Fastest-Growing CPG Companies Do Differently 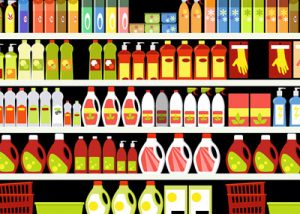 Consumer packaged goods (CPG) companies in the US once again found growth in a challenging proposition in 2017. Growth in measured channels, defined as multioutlet and convenience (MULOC) retailers—food, drug, mass, Walmart, club (excluding Costco), dollar, military, and convenience outlets—continued to decline, dropping from 1.5% to 1.2% over the past year. Moreover, sales volumes in measured channels declined for the first time since we started conducting this annual study in 2012. And most midsize and large companies saw their sales decline as well, as small companies continued to increase their share of the market.

Despite this trying environment, some companies continue to thrive. These leading companies clearly understand that scale is not the competitive advantage that it used to be. Looking for other ways to gain an edge, they develop differentiated offerings for their core audiences, target consumers with greater precision—using data to develop and market products to ­address their specific preferences—and rely on inorganic as well as organic growth to bolster their portfolios and facilitate expansion into new markets.

The sixth annual Growth Leaders study by Information Resources, Inc. (IRI) and The Boston Consulting Group revealed some surprising trends in the performance of US CPG companies. (For a description of the study, see “Our Methodology.”) In particular, the decline in the rate of US CPG growth that began in 2016 continued, with growth in measured channels dropping from 1.5% to 1.2% in 2017. But the decline in 2017 differed from that in previous years in one crucial respect. In the years before 2017, both volume and price/mix grew, whereas in 2017, pricing grew by 1.4% and volume declined by 0.2%.

At the same time, unmeasured channels—which include discounters, natural foods, e-commerce, meal kits, fresh foods, and local markets—saw substantial growth. In the natural channel, for example, growth was considerable, at 8.9%. Emerging channels are expanding at the expense of measured channels, reflecting a change in consumer purchasing preferences as retailer dynamics continue to evolve.

The only measured channels to see above-­average dollar growth in 2017 were mass and convenience. This reflects growing consumer preferences for lower-priced products and more-convenient purchasing venues.

The IRI-BCG analysis also had some interesting things to say about company performance. In 2017, small CPG companies continued to take market share from their midsize and large rivals. While the revenues of large CPG companies remained roughly flat, with only 0.2% year-over-year growth, small companies grew by approximately 2.3%. In dollar terms, the growth is significant: Between 2012 and 2017, small players grabbed approximately $15 billion in sales from their larger counterparts.

To be clear, we’re not saying that being small is a competitive advantage, but rather that scale no longer serves as the primary basis of competition. Our experience suggests that the most successful companies distinguish themselves in several ways.

They differentiate their offerings. Top-­performing companies work tirelessly to identify and understand their core consumers. Using a data-driven approach, they segment demand rather than consumers to identify not only what consumers want, but also where, when, why, and how they want it. The companies then use that knowledge to create a portfolio of differentiated offerings with an authentic feel.

Consider Chobani, which ranked third in 2017 among US midsize CPG companies. From 2008 to 2012, the company amassed a nearly 20% market share in the spoonable yogurt space, but it recognized that maintaining that position would require expanding into new categories. Tapping into social media, Chobani obtained real-time information on what kinds of yogurt their consumers want and when they want to eat it.

The company used that information to develop some innovative types of yogurt that target consumer needs at different times of the day, including Chobani Oats, a breakfast yogurt, and Chobani Indulgent, a dessert yogurt. Convinced that the 3:00-to-6:00-pm snacking period had a lot of potential, the company positioned its Chobani Flip as a tasty afternoon refueling option. Chobani Flip took off, realizing $375 million in revenues in 2016 and year-over-year growth of approximately 25%.

They target consumers with greater pre­cision. Leading companies also use the consumer knowledge they have amassed to develop and market products to address those consumers’ specific preferences.

Eden Creamery, which finished in second place in the 2017 small company rankings, is a case in point. Launched in 2011, this California-­based company, which sells ­under the brand name Halo Top Creamery, offers better-for-you ice cream that is low in sugar and calories and high in protein. The founders developed it after trying to find food lower in carbohydrates and refined sugars for their own diets.

Halo Top’s deep understanding of consumer needs has enabled the company to develop products and marketing with its target millennial audience in mind. It gives consumers more than 25 different types of ice cream to choose from, with descriptive names such as Birthday Cake and Candy Bar, and many of the newer ones are dairy free. The unique packaging speaks to what people are looking for ice cream and how they like to eat it. Prominently displaying the total number of calories, the carton encourages buyers to “save the bowl” and “stop when you hit the bottom.”

Halo Top has honed its marketing strategies to reach its target consumers. Avoiding traditional advertising completely, it relies on digital marketing, especially Facebook ads, as a cost-effective way to target consumers demographically, geographically, and psychologically. In addition, the company uses in-house social channels to create fun, authentic content. As of April 2018, Halo had approximately 750,000 followers on Facebook and 680,000 on Instagram.

After demonstrating that demand existed in the natural foods channel, in stores like Whole Foods and Sprouts, Halo expanded to traditional grocery and mass channels. Distribution grew from 3% to 11% in 2016. It then skyrocketed to more than 70% in 2017, with an average of ten product vari­eties per store.

They complement organic growth with inorganic growth. Investing in small, fast-­growing brands can help companies fill holes in their product portfolio and acquire the capabilities they need to expand into new markets. Venture units, M&A, and incubators are all viable inorganic growth strategies.

Danone, number two in the large company rankings, is a prime example. In 2016, the company created Danone Manifesto Ventures, a corporate venture capital unit, to ­invest in innovative food and beverage startups. Danone provides financial and opera­tional support, but it allows the startup to retain its autonomy. Recently, Danone invested in AccelFoods, a fund that invests in upstart natural and organic brands; Kona Deep, a water brand; and Harmless Harvest, an organic coconut beverage brand.

To fill category white spaces and strengthen its overall portfolio, Danone has also ­acquired some larger companies. In the spring of 2017, it spent $12.5 billion to ­acquire WhiteWave, a US-based CPG that manufactures and sells plant-based food and beverages. Besides adding some on-trend products to Danone’s lineup, the purchase provided greater scale, greater efficiency, and broader geographical reach in the US. The new business unit, DanoneWave, had dollar growth of 1.1% in 2017. It is one of only seven large companies that experienced consumption/unit volume growth as well, to the tune of 1.1%.

With a market cap of about $60 billion, ­Danone is now a market leader in a number of fast-growing, health-focused categories, including dairy, waters, and premium and organic food.

These findings have important implications for CPG companies that wish to bolster their growth prospects:

As consumer purchasing preferences and the retail landscape continue to evolve, so should CPG strategies. Small, midsize, and large companies that revisit their strategies regularly will best position themselves to take advantage of new growth opportunities whenever these arise.