This post written by Connie Blasczcyk was shared from the Monster Resource Center.)

In her latest book, Executive Presence: The Missing Link between Merit and Success, author Sylvia Ann Hewlett investigates the characteristics of executive presence (EP)  — and how it is conveyed and communicated in the workplace. The book stems from research conducted by Hewlett’s non-profit Center for Talent Innovation (CTI) that was initially presented in a 2012 report.

CTI’s research, conducted with forty focus groups and in interviews with a large number of leaders, found that EP rests on these three pillars: 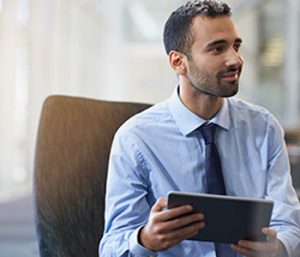 To learn more about executive presence we reached out to the author, who explains why EP is often elusive for women and minorities.

Monster: What was it about the initial research on this topic that prompted the book?

Hewlett: We found that leadership roles are given to those who look and act the part. Top jobs often elude women and professionals of color because they lack “executive presence,” or underestimate its importance.In my book, I share data from the report and personal stories from senior executives that will help the reader cultivate their own executive presence.

Monster: Who is the book’s target audience?

Hewlett: The amazing thing about executive presence is that it’s a precondition for success whether you’re a cellist, a salesperson, or a Wall Street banker. The book is really for anyone that wants to improve their presentation of self.

Monster: To paraphrase from the book, people with the executive presence (EP) exude confidence — even under duress — via the right body language, communication style and clothing.  What public figures — past and present — best demonstrate these qualities?

Hewlett: I mention Margaret Thatcher in my book because Thatcher, Britain’s first and only female prime minister demonstrated she was leader of the free world who was feminine and also knew how to instill fear and respect among strong men. However, this powerful image didn’t come naturally to her. Thatcher’s image was one that she carefully and consciously constructed. She knew the importance of image from the very beginning and this underscores my point that image isn’t inborn. Great leaders create it, often with help. They diligently work to refine and maintain it. They take pains to avoid blunders that might destroy it. And to be considered a leader, so must you.

Monster: Are there unspoken rules in how to demonstrate EP in a corporate setting?  Have these rules changed significantly as more women have entered the workplace? Has your research shown that men are more accepting of these rules than women?

Hewlett: There are unspoken rules in how to demonstrate EP in a corporate setting and our research finds that for women, wrangling EP remains a complex, time-consuming struggle, with unspoken and biased rules.

Specifically, our research shows that women have a smaller window of EP acceptability than men. Many of the missteps that can throw off a woman’s EP are not only unique to women, but are also easier to make — and harder to recover from.  This reality is most obvious on the appearance front, where women clearly have many more chances and occasions than men to get it wrong.  Consider: according to 42 percent of our survey respondents, unkempt nails detract from a female’s EP. At the same time, 37 percent say “overly done” nails are un-leaderlike. We heard similar contradictions from focus group participants, who told us that too much make-up undermined a woman’s credibility — but then faulted women for looking too frumpy or unpolished.

There’s also the classic double bind women confront on the communication front: either they’re too assertive (and seen as pushy) or not assertive enough (and seen as a shrinking violet). Thirty-one percent of our respondents said that being “too bossy” undermines a woman’s EP — and just as many cited “too passive” as a woman’s downfall. Until a cultural shift occurs, the ability of women and multi-cultural employees to dress, speak, and behave in accord with their own style, and their companies accepting it, will be a catch-22: women and multi-culturals may be hesitant to do so until they trust such behavior will score them points, yet it will not score them points unless enough of their peers have proven that such behavior pays off for the organization.

Monster: You write that “grace under fire” was the number-one quality of senior executives who were asked to identify what constitutes EP. It sounds like an inherently female quality.

Hewlett: This is not an inherently female quality. There are many male leaders that exude “grace under fire.”  For instance, Tim Melville Ross, CEO of Nationwide, the United Kingdom’s biggest building society, recalls a watershed moment in my book where he made a mistake that nearly cost him his job, career, and reputation.  He accepted advice from one of his top directors to adopt a questionable business practice that tried to screw the customer. He knew it was a mistake.   So what did he do? He fired the director and made a very public apology. He wrote a letter to the London Times, one that he closed by inviting readers to write to him personally. Many did write and took him to task for his blunder.  The larger result of his falling on his sword, however, was restored faith in Nationwide — and, interestingly, in him personally. He was able to show “grace under fire” and re-establish himself as a leader of integrity and trust.

Monster: How can we collectively redefine “executive presence” to be more inclusive — and thus more productive?

Hewlett: Women and minority employees must not be solely responsible for overcoming the hurdles I describe in my book and that we uncovered in our research. The organizations they work for, and the leaders they work with, share a vital role in widening EP’s latitude for women, reducing the scrutiny of multicultural employees, and creating environments that honor versus stifle differences among all people.   More leaders must stop trying to “control the traffic and bring in people who look like them,” and instead open their own minds as to what leadership looks like, talks like, and acts like.

Sylvia Ann Hewlett is the founding president of the Center for Talent Innovation, a Manhattan-based think-tank focused on helping companies and professionals to fully realize their talent potential. She is the author of Executive Presence: The Missing Link Between Merit and Success and Forget a Mentor, Find a Sponsor: The New Way to Fast-Track Your Career