A career coach, b-school student, graduate, and official offer their advice on best and worst practices.

(A US News.com article written by Menachem Wecker, Staff Writer)

AS THEIR SUMMER internships wind down, MBA students can learn a lesson from Ernest Thayer’s 1888 poem, Casey at the Bat, in which the “mighty Casey” strikes out in a clutch baseball scenario due to his arrogance.

“Don’t stroll or limp to the end of your internship. No matter what kind of an experience you’ve had, your self-esteem will be affected by the way you bring things to a close,” writes Robert Bruner, the dean of the University of Virginia’s Darden Graduate School of Business Administration, in his blog post, “To the Summer Intern: Remember This Batter.”

Former and current MBA student interns and career experts echo Bruner’s advice, and offer seven of their own tips for rounding out summer internships:

When they use LinkedIn, students should send periodic and purposeful updates, rather than “just checking in,” says Cohen, the career coach. And before students finish their internships, UCLA’s Stahl advises, they should ask their supervisors how they prefer to be contacted. “Then you know you’re not being a pest,” she says.

And, interns should remember how small the business world is, advises Stahl. As a member of the board of directors of the MBA Career Services and Employer Alliance, Stahl and her colleagues often compare notes and learn of students who apply for jobs after having already accepted an offer. “It gets around,” she warns. 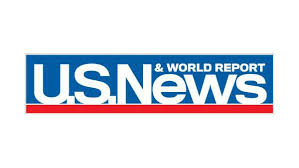