(Thoughts on leadership penned by Michael A. Rodenberg, Chairman and  CEO of Murikami Manufacturing, USA, Inc. and Director of Murakami Corporation, North and South America; shared from his LinkedIn post) 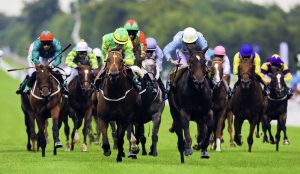 In 2011, I returned to Kentucky for an opportunity to run a company for the first time. It was a turnaround for a Japanese owned manufacturing business that had been struggling since their start in 2000. I decided to take on the challenge because I really enjoy working with the Japanese and, based on my first experience in Kentucky, I knew the people had a great work ethic and loved to win.

What I found upon my arrival was much worse than I had expected, not only were we losing money and customer relations were poor, we also had a horrible reputation in the community. Moreover, there were issues between the Japanese and U.S. management teams that can be summarized in three distinct areas;

With all of that, you can imagine no one was knocking at our door to join the company.

In most turnarounds, the new leader assesses the team and quickly determines who will have to be replaced. Being in rural Kentucky, I realized from day one that I was going to have to do my best with what I had. For those that know about attracting new talent, location is key, and unless someone was looking for a place to fish, hunt or farm, we did not have a lot to offer.

As I started assessing the team, I realized that there were a lot of very talented people who wanted the company to do well. They understood how much the parent company had invested to keep the business going and knew their company was important to the local economy. Since this was Kentucky, the thought came to mind that I had just found a group of race horses that had never realized their full potential. In many cases, they just saw themselves as work horses who would never be able to race.

This was a great discovery, but figuring out how to make the transition was another challenge. It took a lot of time to understand their strengths and weaknesses and then help them realize they really were a lot more capable than they thought. Just because you tell someone they have the capability to achieve much more, nothing starts to happen until they start to believe it themselves. It requires giving them small opportunities to succeed so they can start gaining confidence in their own ability to make decisions, as well as learn from their mistakes and successes. This was very painful to watch and many times I had to just sit back and say nothing as they tried to solve problems. It would have been a lot easier to tell them what to do and move on, but by allowing them to do it themselves, they became stronger and more confident in their own abilities to take on new challenges.

Contrary to work horses, which have someone controlling their every move, race horses know they have to do two key things: run as fast as possible to the finish line and stay within the rails while the jockey goes for a ride. Our U.S. and Japanese leadership teams were no different. They only needed a clear vision, goals that were straightforward and achievable, and a clear definition of their responsibilities and how they should act. With that, they were prepared to run on their own.

Once they started to realize their own capabilities and understand their roles, they really started to run. They began to make improvements and drive change in the organization instead of just waiting to be told what to do. Because of their efforts, we are a much different company than we were on my first day. In particular, our cross-cultural misunderstandings that were once weaknesses, have evolved into cross-cultural learning experiences in which differences in management styles have become a strength of the team.

I realize every situation and team is different, but this experience has taught me that if you truly want to have fun and enjoy your job as a leader, “Let your horses run.” 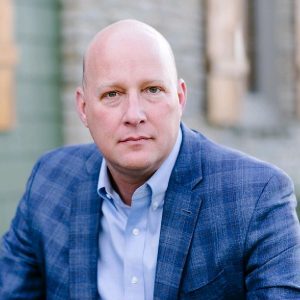