What Not to Say During Salary Negotiations

(Shared from the Daniel Bortz article on Monster. com)

Finally, after making it through a grueling interview process you receive that job offer you’ve been gunning for all along. Still, there’s one more hurdle to cross, and that’s salary negotiation.

Though salary isn’t the only factor to consider when weighing a job offer—other incentives, such as a signing bonus, flexible work schedule, or relocation assistance, may help sweeten the deal—getting a fatter paycheck would 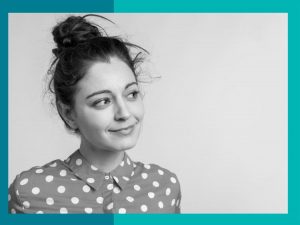 certainly be nice.  To nab a higher salary, however, you’ll have to do some negotiating. Now, here’s a lesson that may surprise you: What you don’t say is just as (or potentially even more) important than what you do say. “A lot of people say and do things during the salary negotiating process that can cost them money and, in rare cases, sometimes even cost them the job offer,” warns Steve Spinner, a regional vice president at Addison Group, a national staffing firm.

Don’t want to put your foot in your mouth? Here are seven phrases to avoid uttering when negotiating salary.

“The original offer works for me.”

According to a 2019 survey by global staffing firm Robert Half, 55% of workers tried to negotiate a higher salary during their last job offer, up from 39% in 2018. But that means nearly half of job seekers still don’t negotiate their salary. By not negotiating, you could very well be leaving money on the table; after all, the poll also found that 70% of hiring managers don’t expect job candidates to accept their initial salary offer.

Sure, asking for money can be uncomfortable. However, if you don’t ask, you don’t get.

“My current salary is…”

Revealing what you’re earning at your current job can hurt you, says Robin Pinkley, a management professor at Southern Methodist University and co-author of Get Paid What You’re Worth. “I would not volunteer that information,” says Pinkley. “When you switch jobs, you’re trying to get paid based on the value that you bring relative to the job market, not based on your current salary.”   In fact, it’s even illegal today in some cities and states for employers to ask job candidates about their salary history. Still, if a hiring manager asks you what you’re currently making, Vicki Salemi, Monster’s career expert, recommends this pivot: “Could you tell me what the range for this position is?” Once they answer, state what salary range you’re looking for. “This way, you avoid setting the bar too low based on your current pay,” Salemi says.

“I want more than that.”

Don’t just ask for more money—name a specific dollar amount you’re looking for based on market research you’ve done (i.e., how much the average worker, with your level of experience, makes in your region). “The single most effective way to negotiate salary is to give the person you’re negotiating with something to hang their hat on, and that entails requesting a specific salary,” Pinkley says. A better approach would be to say, “You offered me X. If you can offer me Y, I would accept the job, and here’s why I’m worth that number.”

“I need more money because I have student loans to pay.”

We all have living expenses—rent, car payments, student debt—which is why they shouldn’t be your basis for requesting a higher salary, says Maurice Schweitzer, a Wharton School professor whose research focuses on negotiating. “Because you have bills to pay is a terrible reason for why you need more money,” says Schweitzer. “You need to focus on the value that you’d bring to the organization.”

“You should never apologize for asking for more money,” says Pinkley. “When you apologize, you’re basically saying you don’t think you deserve a higher salary.”  Similarly, don’t make the mistake of saying, “I don’t know if you have room in the budget, but I could really use more money.” “By doing that,” Schweitzer explains, “you’re making it easy for the hiring manager to say no.”

“I’m a top performer, and I expect to be paid at the top of your salary scale.”

Bill Cole, interview coach and author of Interview Mistakes You Don’t Even KNOW You’re Making, says this line of thought can make you appear rude and abrasive. “You’ll sound demanding and hard to get along with,” Cole says. Plus, just stating that you’re a “top performer” isn’t compelling—you have to show why you’re among the top talent in your industry.

“I have a lot of other companies trying to recruit me.”

Being courted by another employer? Having another job offer can make you a more attractive job candidate, but Schweitzer says there’s a better way to leverage your position: “I have a competing offer that will pay me X, but I think this job would be a better fit.”  Moreover, “mentioning that you have another job offer can give the hiring manager a reason to ask their boss to offer you a higher salary,” Pinkley adds.

This isn’t the only time you’ll need to be persuasive in the workplace. Having strong communication skills are critical at every stage of your career. Want tips to help you improve in this and other areas? Join Monster for free today. As a member, you can get career advice, job search tips, and workplace trends sent directly to your inbox. There’s a lot to know when it comes to jobs, and we know it can feel overwhelming at times, but with help from the experts at Monster, you’ll be primed for action.